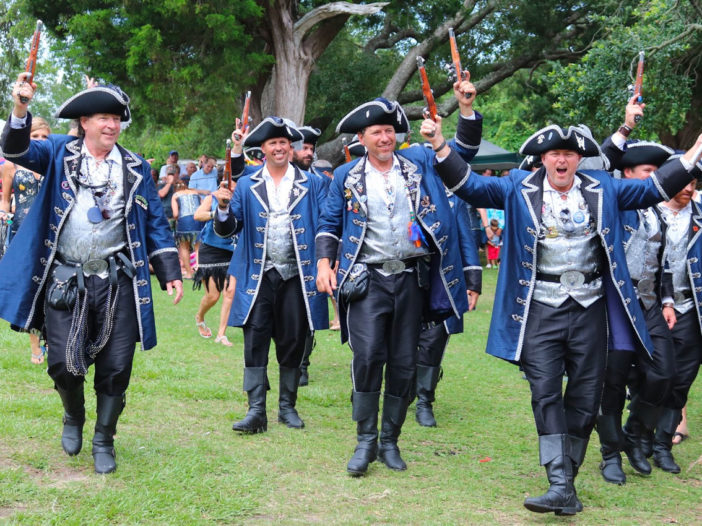 By now, there is a good chance that you’ve heard of the changes to this year’s 65th Annual Billy Bowlegs Pirate Festival. If not, the date has changed.

The event is transitioning from the traditional first weekend in June to Friday, April 30th and Saturday, May 1st, with the celebratory Torchlight Parade on Monday, May 3, 2021.

The original Bowlegs festival was held Labor Day weekend but quickly moved to the first weekend in June to promote summer tourism. June is now one of the busiest months of the year for tourism which played a part in the the decision to move to a weekend that would “benefit both our tourists, by offering more budget friendly pricing, and our hotel partners, by filling the region during an off-peak time”, according to a press release from the Greater Fort Walton Beach Chamber of Commerce.

This City of Fort Walton Beach is also in favor of this change as it will allow the festival to shine a light on more of the Downtown area along with the merchants who call it home.

“The City is excited to partner with the Krewe of Bowlegs and the Downtown Merchants to bring a reinvented Bowlegs Festival to Downtown Fort Walton Beach,” said Michael Beedie, City Manager. “The new event is truly a downtown community event for all ages and is a new beginning for the Bowlegs Festival!”

Details for the weekend: