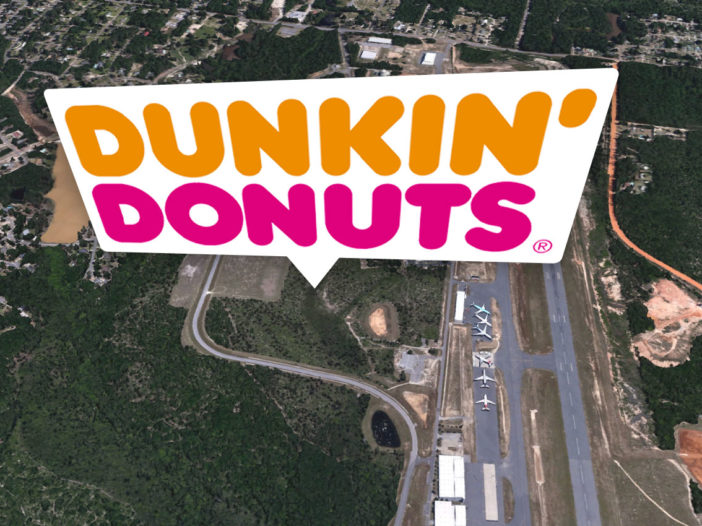 At last Tuesday’s Okaloosa Board of County Commissioners meeting, the Commissioners granted a 10-year property tax exemption (EDATE) to Dunkin’ Donuts in an effort to bring the donut-maker’s new distribution center to Crestview.

Project Dunk (as it was referred to in the agenda) will build a new 24,500 sq.ft. food manufacturing facility on Adora Teal Way in Crestview, FL., with the final goal of creating 60+ jobs.

According to the terms with the county, here’s what Dunkin’ plans to do:

“They’re bringing in a business to a piece of dirt right now that has a few trees on it and it’s not producing anything,” said Commissioner Paul Mixon. “So what we’re doing as a county is saying in 10 years, this income is going to be coming based on the assessed value into our general revenues because of the Ad Valorem Tax.”

“This is allowing us an opportunity to grow and expand, but not put the emphasis on the business or the hardship on the business right away to pay those taxes,” Mixon continued. “We’re really incentivizing them to come to our area, bring their business, with the expectation that their business stays here much longer than 10 years.”

💵 The total savings for Dunkin’ would be $25,851 for Tangible Personal Property and $99,095 for Real Property – Building & Improvements only

Dunkin’ Donuts is reportedly planning to make their final decision at the end of the month.