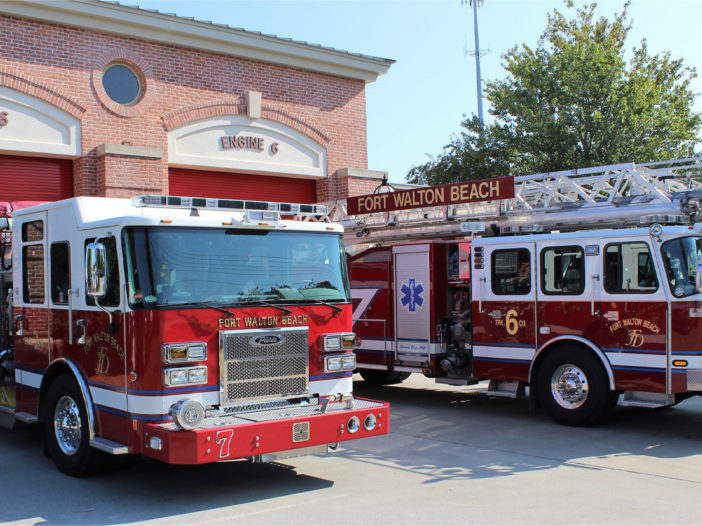 The Fort Walton Beach Fire Department recently received notice from FEMA that it has been awarded a SAFER (Staffing for Adequate Fire & Emergency Response) Grant. The City applied for the grant in March of this year to help temporarily offset the cost of additional personnel needed to staff a new fire engine scheduled for purchase later this year.

“These funds are coming at a great time as we make needed changes and enhancements to our fire department,” said Fort Walton Beach Fire Chief Ken Perkins.

“Response data, industry standards, and the most recent Insurance Services Office inspection indicate an increase in staffing and capabilities are needed for our City to not only meet current demands, but also to prepare the City for future growth.”

The City’s new fire engine will be purchased using half-cent surtax funds of approximately $531,660. The fire engine must be ordered and built to the department’s specifications which should take approximately 7-9 months. Six additional firefighters are required to staff the new engine. The City’s fire services assessment will also be used to fund the City’s portion of the additional personnel and other fire department enhancements.

According to a press release, “the City of Fort Walton Beach has needed a new fire engine for some time.”

Ten percent of total calls were to assist fire departments in other districts of Okaloosa County. This, according to the City, left parts of the City uncovered during these times.

Additionally, 32 percent of the total calls in 2018 took place while other calls were active.

The City’s utility customers will receive a letter in the mail in early October from the City with information regarding the assessment.

More information about the fire services assessment can be found at www.fwb.org/fireassessment or in the video below.