A teacher and two aides at a Fort Walton Beach school for children with disabilities are being charged by the Okaloosa County Sheriff’s Office with aggravated child abuse in connection with incidents which took place between September first and November 14th of 2018. In an unrelated case, an elementary school guidance counselor has an active OCSO warrant for failing to report child abuse.

48-year old Margaret Wolthers, a teacher at Silver Sands School, and teacher’s aides Diana LaCroix and Carolyn Madison, are accused of abusing three autistic children, (one aged ten and two eight years old). The allegations came to light after being reported by witnesses to the Silver Sands School Resource Officer.

OCSO Investigators say on different occasions the teacher and aides “intentionally and maliciously” blew a whistle in the ear of a child with a low sensory auditory threshold who wore earphones to protect him from loud noises. They also threatened him with the whistle.

Investigators say all three juveniles were also placed individually, and on separate occasions, in a classroom bathroom with the door closed and lights off as punishment for misbehavior. Classroom aides who witnessed the incidents say the victims would scream and cry when placed in the bathroom, and that one was contained for up to 90 minutes.

In an unconnected incident, a guidance counselor at Shalimar Elementary School is being charged with failure to report child abuse. OCSO Investigators say Sharen Burt, a mandatory reporter, failed to notify the Florida Department of Children and Families last October 19th that a five year old student had alleged being sexually abused by another student at the school. Burt called and told an employee of the Boys and Girls Club that she thought it happened there and not at the school, but did not make a notification to the state as required by law.

Okaloosa County Sheriff Larry Ashley is holding a news conference at 2 p.m. today in connection to the arrests of four individuals connected to the Okaloosa County school system.

Details on the investigations will be released when the news conference takes place at the Okaloosa County Sheriff’s Office headquarters.

We will update this article as new information is released. 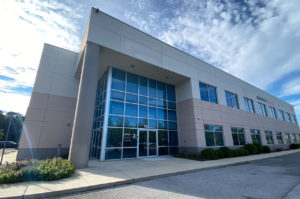