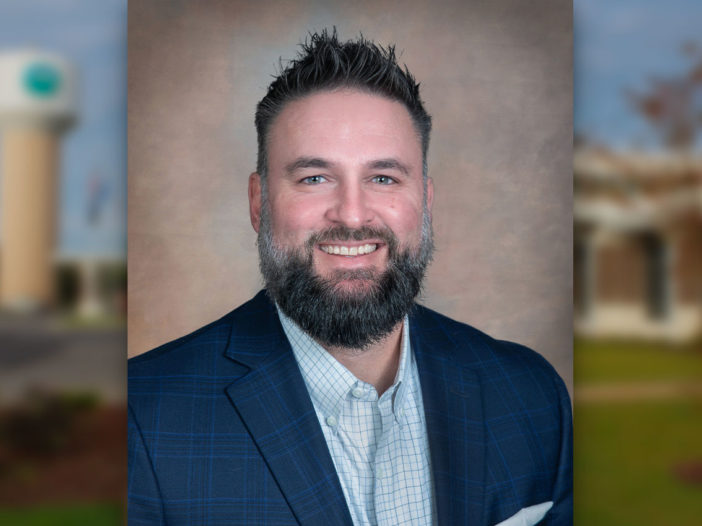 “This is something that I’ve been praying about for quite some time,” said Matt Turpin. “Even before I moved to Florida in 2010, I’ve always wanted to be involved at a local level to some extent. That could be in the form of what I’ve been doing with non-profit boards or being on Oversight Committee boards, but just being involved.”

Turpin and his wife, Kacy, first moved to Fort Walton Beach in 2010 after the BP Oil Spill to help businesses that had been affected. He was working at Carr Riggs and Ingram doing loss evaluations and assisting business owners with finding attorneys that were taking on claims to try to recoup some of their losses. It was during that time that he began getting involved in local business groups.

“I came down from Birmingham and Steve Riggs said told me that one person that I had to meet in town was Ted Corcoran of the Greater Fort Walton Beach Chamber of Commerce,” said Turpin. “So we had breakfast about two weeks later and Ted, doing what he does best to sell the chamber, tells me to get involved and gives me some organizations. So I took that advice and started getting involved.”

Turpin is currently (or has been) involved in the following:

“I feel like I have the calling to be a servant and a servant leader, and have prayed about it for quite some time,” continued Turpin. “I see Okaloosa County as a hotbed for growth. For economic growth, and of course, everybody knows that it’s a hotbed for population growth. But I think we’ve got a great opportunity to strategically grow the right way. Just not grow in general because we don’t need more traffic on the road. We need the right traffic on the road.”

For Turpin, he says that there is a great opportunity over the next 5-10 years to grow due to the amount of people that are moving to Okaloosa County, whether that’s by serving in the military or working along side the military as support services.

“We’ve heard the term landlocked before because Eglin Air Force Base is so large,” said Turpin. “We just have a certain amount of space for opportunity and I want to maximize that. I want to really work to bring in businesses [STEM] and companies that can provide higher paying wages and improve our infrastructure in Okaloosa County.”

A project that Matt is excited about is the Shoal River Project near Crestview, FL. The county purchased 623 acres of Shoal River Ranch land for potential economic development back in June 2020, according to the Northwest Florida Daily News.

“The Shoal River Project can have an immediate impact on our local economy,” said Turpin. “It has the potential to bring in additional dollars into the County, whether it’s a sports complex or manufacturing possibilities. We have to compete with neighboring states with manufacturing because of the incentives that are doled out. I’d like to look at possible ways for incentives without cutting our nose off to spite our face. But we do have to incentivize these companies. It is courting these business owners, or the decision-makers of the business, to show them what Okaloosa County has to offer. And we got a lot to offer!”

As Turpin begins to campaign for the 2022 election, he says there are a few things he wants residents of Okaloosa County to know: