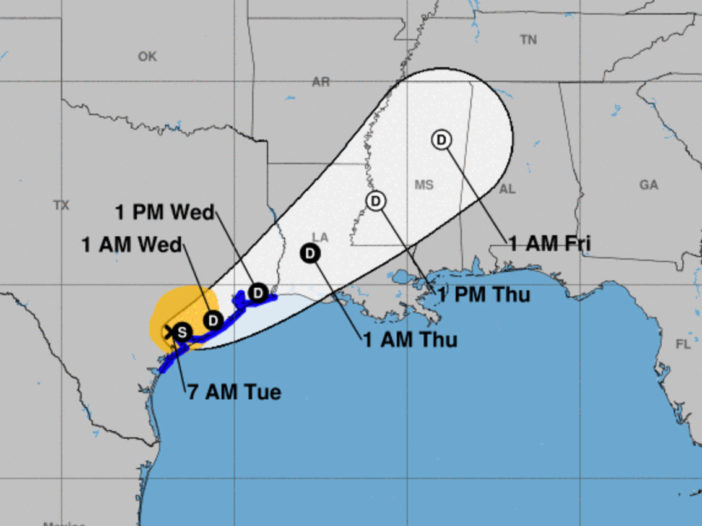 As of Tuesday morning, Tropical Storm Beta is now at the Texas Coast and is moving inland. The storm is expected to then move Northeast and move through central Louisiana, then central-Northern Mississippi.

According to Okaloosa County Emergency Management, Beta will drag with it a plume of tropical moisture which may impact our area with 1-2” of rain through Friday.

“We expect rains from the storm to hit in the latter part of this week,” said Chris Saul, Public Information Officer for Okaloosa County. “We have a lot of tarps and clean up kits available to the public at our points of distribution at the Old Spanish Trail Park in Crestview (Behind the police station) at the NWF Fairgrounds in Fort Walton Beach.”

Details on what you need to know: