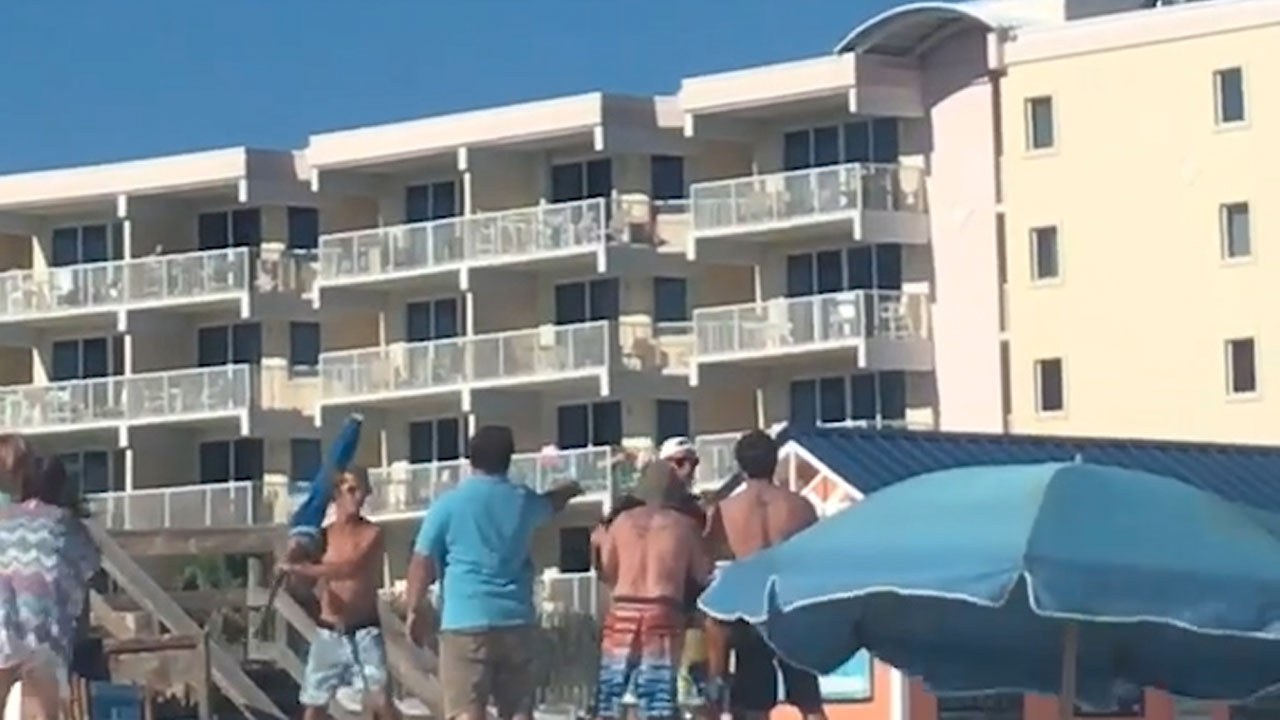 It all went down right behind the Ramada on Okaloosa Island yesterday and there is video of the entire thing.

After having a dispute with some other guests on the beach, the beachgoer left and later returned with a gun. According to Wes Woodin, who provides beach service, the man began fighting with the guests and pointing his gun at them.

He kept pointing it at them saying he was gonna shoot.

And that’s when Wes decided it was time to take him out with the umbrella.

First, there is setup…

Then, the home run.

Not all heroes wear capes. (Ours doesn’t even wear a shirt!)

Wes then took the gun and gave it to the authorities. The gun-waving-beachgoer was then taken to the hospital.

There is a lot that we expect to happen at the beach, but it’s not everyday that someone gets whacked in the face with an umbrella after pointed a gun.

Below is the entire video captured that day.