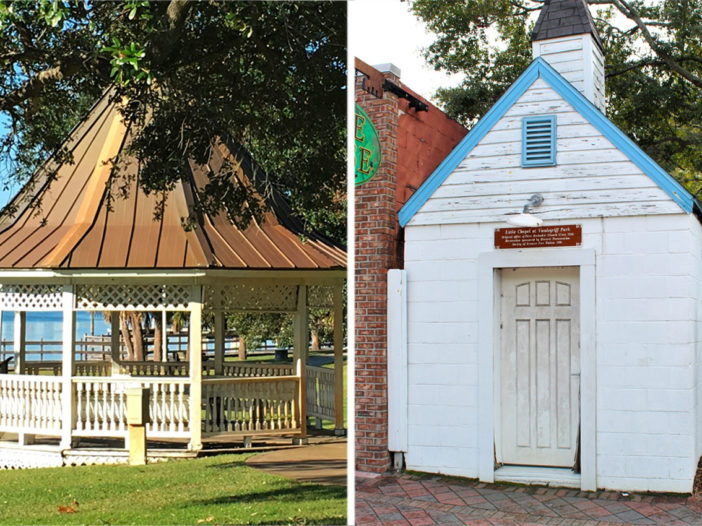 UPDATE: The demolition of the Chapel at Vandegriff Park has been POSTPONED and will be discussed at the Nov. 19 City Council Meeting to review options for the building moving forward. The gazebo at The Landing will still be demolished, but has been rescheduled to Monday, Nov. 4, because of equipment issues.

This week, the City of Fort Walton Beach will permanently remove the old gazebo at The Landing in preparation for the upcoming park renovation project.

The gazebo was built in the early 2000’s with a donation from the Women’s Club of Fort Walton Beach, replacing the original gazebo that was in poor condition.

The chapel, which was actually the Methodist Church’s original office built in the late 1940’s, has fallen into disrepair over the years with termite damage and rotting wood. The location of the building will be commemorated and remain on the City’s historic walking trail.

Back in mid-September, the old Venture Hive building (previously Emerald Coast Science Center) along with several dead trees at the Landing were removed.

The demolition of the Venture Hive building will now provide additional parking for the park and the dead trees were removed for safety reasons.

In the video below, City Manager Michael Beedie and Councilman Schmidt gave a recap.