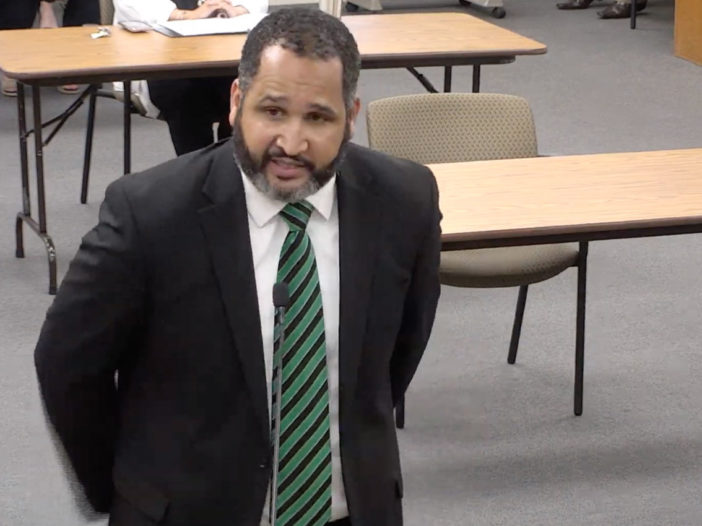 On Monday night, the Okaloosa County School Board approved Andy Thigpen as the new Athletic Director at Choctawhatchee High School.

The approval comes after a recommendation from Superintendent Marcus Chambers.

Upon graduating college, he decided to come back home to help run the family business before deciding to pursue his passions: education and sports.

It has now been 13 years since Thigpen started at Choctawhatchee High School as a math teacher and assistant basketball coach under Marc Tisza. This past season marked his 10th season as the head boys basketball coach at CHS.

As head coach, Thigpen has accumulated a record of 217 wins and 75 loses. His teams have:

“I definitely want to thank Superintendent Chambers for just his support and faith in me,” said Thigpen on Monday night. “I want to thank Mr. Horton, along with the School Board here this evening for just allowing me to pursue my dream and my passion for being an athletic director. Hopefully I can do Choctaw proud and also the school district.”

“As a long time head coach of the highly successful Choctaw Boys Basketball program, Andy Thigpen is stepping into his dream job,” said Principal Michele Heck. “Taking over the helm of Big Green Athletics is a huge responsibility and he couldn’t be more ready as well as excited!”