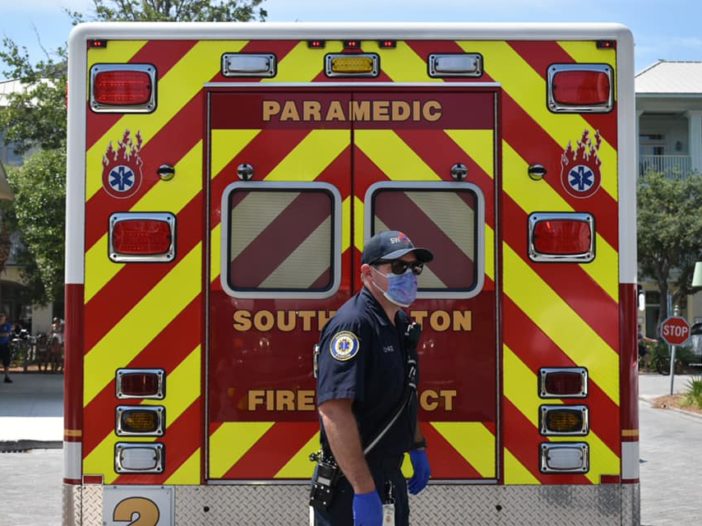 The first arriving lifeguard on-scene made contact with the victim who had visible wounds to the upper body and chest area, according to the South Walton Fire District.

“The victim has been transported to a local hospital to receive further treatment, but is believed to be in stable condition and expected to recover,” wrote the South Walton Fire District in a press release.

According to the victim’s account, they were swimming approximately 40 yards from shore near a fishing line, when the shark approached heading for the line and mistakenly bit the swimmer. The shark is believed to be 7-8 feet in length.

Double Red Flags are flying on local South Walton beaches to warn swimmers and advise against swimming in the Gulf at this time.