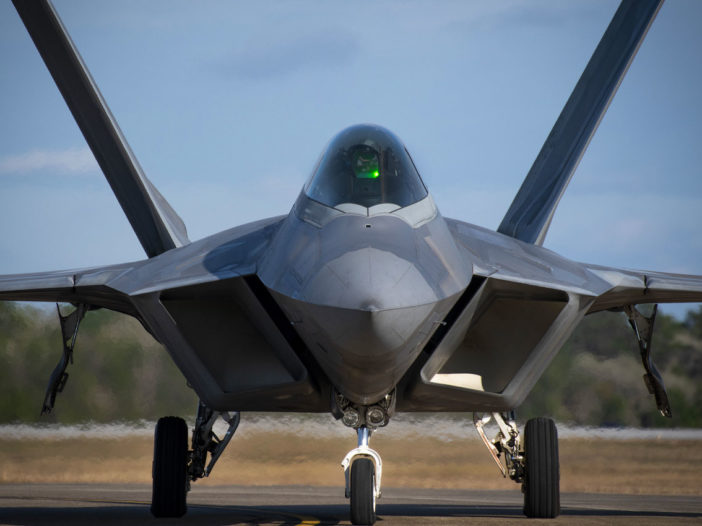 An F-22 assigned to the 43rd Fighter Squadron, part of the 325th Fighter Wing currently based at Eglin AFB, crashed at approximately 9:15 a.m. this morning. The location of the accident was 12 miles northeast of Eglin main base on the test and training range.

The pilot ejected safely from the aircraft and has been transported to the 96th Medical Group hospital on Eglin for evaluation and observation.  He is currently in stable condition.  The name of the pilot has not been released.

There were no other individuals on the aircraft.  There was no loss of life or civilian property damage related to the accident.

First responders from the 96th Test Wing are on the scene.  The crash site is secured.

The mission was a routine training flight with the 33rd Fighter Wing.  A board of officers will investigate the accident.