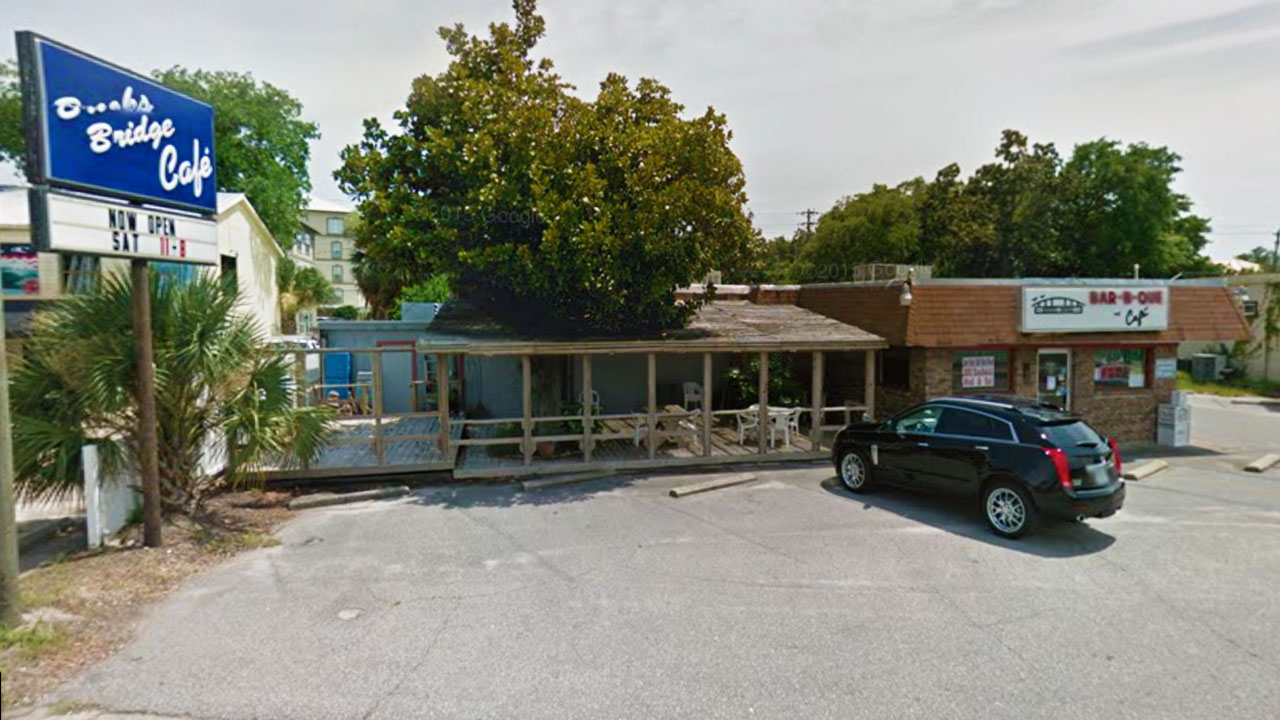 On Wednesday September 16, 2015, Rob Brooks Realty took to Facebook to announce that the Brooks Bridge BBQ property has been sold to the City of Fort Walton Beach.

After meetings, great food is required! Brooks Bridge BBQ & Cafe has been sold by Rob and now is the best time to get the best home cooking on the Emerald Coast before they move to Bob Hope Village! ‪#‎LiveECFL

Brooks Bridge BBQ will be open for another 2 weeks, through September 20th, with owner Dennis Ritter saying “this is a good thing!”

While the BBQ Joint will no longer be a Downtown fixture, Ritter will be taking over the main kitchen at Bob Hope Village, feeding the men and women residents for breakfast and lunch. Additionally, he will continue catering under the name of Classic Catering.

But that’s not all. The forever-vacant lot that used to be home to Joe and Eddie’s Restaurant will also become a parking lot.

In a surprise twist, the old Joe and Eddie’s location will now offer up some additional parking to the public.

According to the NWF Daily News, in addition to the $400,000 purchase of the Brooks Bridge BBQ, the City of Fort Walton Beach “will also pay $700,000 for the property at the corner of U.S. 98 and Florida Place“, after a unanimous City Council approval.

While it would be nice to see more storefronts developed at that location, I’m actually really happy to hear that it’s finally going to be used.

The parking lot next to Run With It fills up fast so having additional parking just across the street will be awesome. Not everyone likes to park directly on Highway 98, and getting down Brooks Street can be a pain in the ass. 🚗

Here’s to you, Brooks Bridge BBQ! Thanks for all the meals! 🍴