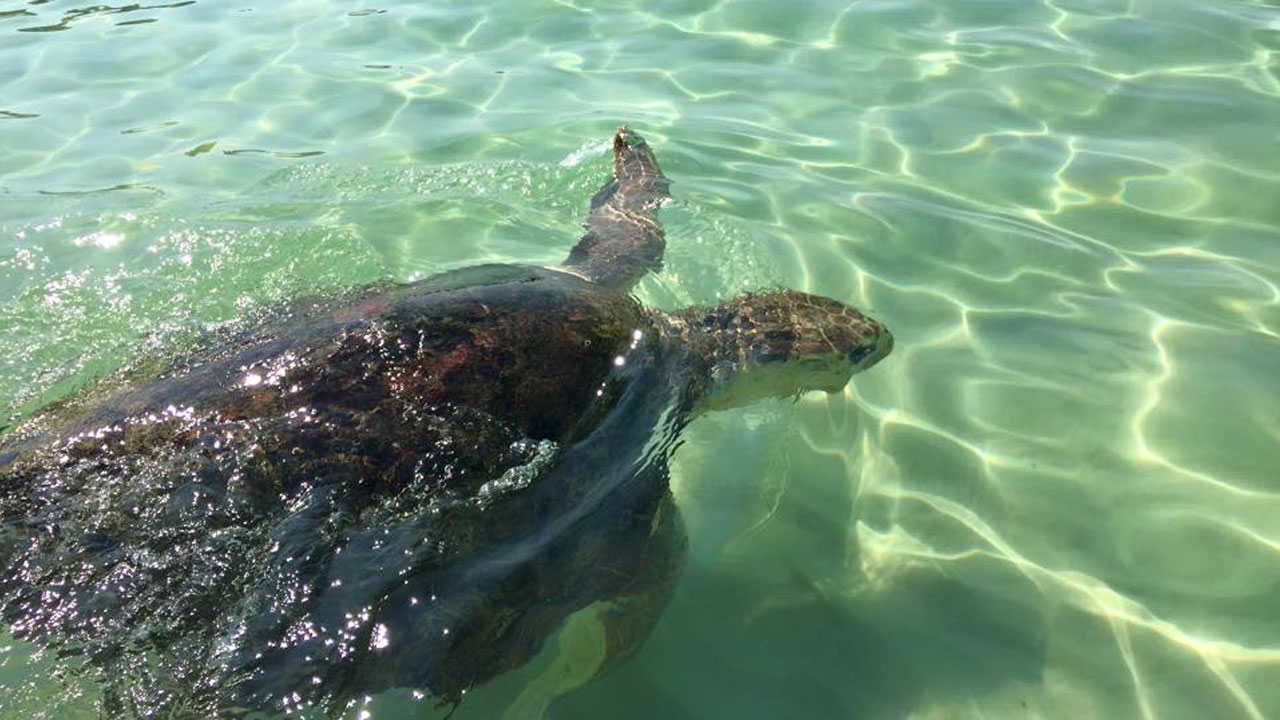 Both turtles were suffering from very different ailments but have been deemed releasable by the Florida Fish and Wildlife Conservation Commission.

Gerdy’s friend is Norma Jean…who was hooked by a fisherman off the Navarre Beach Pier in June, requiring surgery to remove the hook and line.

It’s no secret that we love our Gulf of Mexico Friends, as evident by the posts on Facebook

Each turtle making their way to the water

And finally reaching their destination

According to the Gulfarium, “incidental capture in fishing line is one of the greatest threats to sea turtles. If such an event occurs, the best thing to do is safely secure the turtle and cut the line, leaving at least one or two feet of line.”

They go on to give more instructions:

“Do not release the turtle and do not try to remove the hook or line as this can cause damage. Immediately arrange for transportation to the nearest rehabilitation facility.”