HoneyBee Ice Cream and Arcade a hit in Niceville with retro games, virtual reality and treats

This local coverage is made possible thanks to Realtor Lisa A. Norton! Support those who support our local news coverage!

Earlier this week, I had the opportunity to visit the new Honeybee Ice Cream and Arcade in Niceville, FL., and have a chat with owner Duke Higgs about the overall concept of his new venture, along with some of the many experiences the place has to offer.

Honeybee Ice Cream and Arcade originally leased their location in 2019 with renovations set to follow, but that was delayed due to COVID. However, Honeybee opened up officially last summer and has been a hit ever since.

Higgs explained that the idea for Honeybee came from playing games together with his 16-year-old son.

“I have memories of going to the arcade throughout my life, whether it was me going with my mom, or me taking my son,” he said. “Arcades are kind of going by the wayside, and I thought, if I was going to open up an ice-cream shop, I want to bring back that family-oriented, arcade, gaming-experience that we used to have.”

All of the games at Honeybee run on quarters and most are around $.50 cents each.

Birthday parties happen often at Honeybee and the staff prides themselves on maintaining a family-friendly atmosphere.

With the location being next to the local schools, it has quickly became a popular place for students to hang out with their friends.

In addition to becoming a hangout spot, customer service and care is an absolute priority for Honeybee.

“What we serve here is good times, memories, and tasty treats,” explained Higgs. “That’s really what we’re about here. The customers come first and many of them know us by name and we know them by name. So the way that we look at it is, we’re serving our neighbors and that’s what this place is all about.”

Honeybee Ice Cream and Arcade offers an extremely large variety of drinks and food to choose from, ensuring there is something for everyone. Here’s a quick look:

In addition, the arcade and game sections adds up to around 50+ games. There is a mix of retro and modern, and new games are always arriving.

Duke works with two game technicians to keep them up and running, including help with new installations.

Some of the games which can be found include classics like:

However, they also have:

I was a bit nervous as I got into the chair and strapped on the virtual reality headset. I had used VR before, but never for a game or ride.

I looked around as the simulation loaded up. A blue structure showed me strapped into a roller coaster ride. I was suspended high above a cityscape as I looked down and could see my legs dangling off the edge of my seat.

The chair, in reality, jolted back with the one in VR and I was pulled backwards in the air as the rollercoaster ride took off. Flying through the air, now in a pendulum arc, my hands gripped the seat as I felt a rush of adrenaline through my heart.

It felt like I was really there as the headset allowed me to look in all directions, even behind me as I sailed through the air. Gaining enough momentum, the ride began to do loops. A strange creaking sound filled the air and I stared up at the cable/arm system holding me into the ride. The cable snapped and I felt my heart drop as the ride once again plunged forward, the chair arcing in synchronization with the one in VR.

The ride finally ended in a chaotic sequence as the ride lost control and soared through the cityscape, finally coming to a crash in the street. It was one of the most immersive and exhilarating experiences I’ve had in VR so far. I can confidently recommend it to anyone who has never experienced it.

With people traveling from not only the Niceville area, but also Freeport, Fort Walton Beach, Shalimar, and Destin, Honeybee has gained a lot of attention and repeat customers in the short time that it’s been open.

They are looking to add a few new staff for the Spring break and summer seasons.

This local coverage is made possible thanks to Realtor Lisa A. Norton! Support those who support our local news coverage! 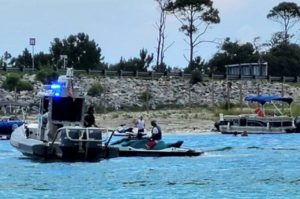 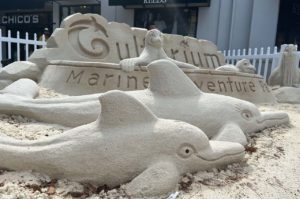