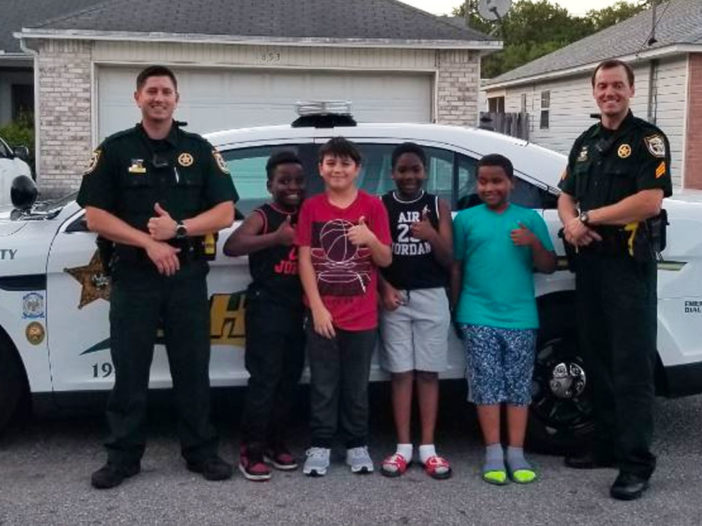 A woman fled the Fort Walton Beach Walmart yesterday after workers say she was shoplifting clothing. According to the Okaloosa County Sheriff’s Office, the woman “made a run for it” once Loss Prevention Officers tried to stop her.

Per the report, she “jumped fences and hid in yards” to try and avoid the deputies who responded to look for her in the area. The woman was eventually finally found hiding in a back yard at a home on Greystone Lane after four kids let deputies know where to locate her.

The suspect reportedly asked the kids to to be quiet, but the group reported where she was and earned Jr. Deputy Badges from the Sheriff’s Office Well done and thank you!

The suspect was charged with petty theft second offense, resisting without violence, and possession of a controlled substance due to a syringe with methamphetamine in her back pack.