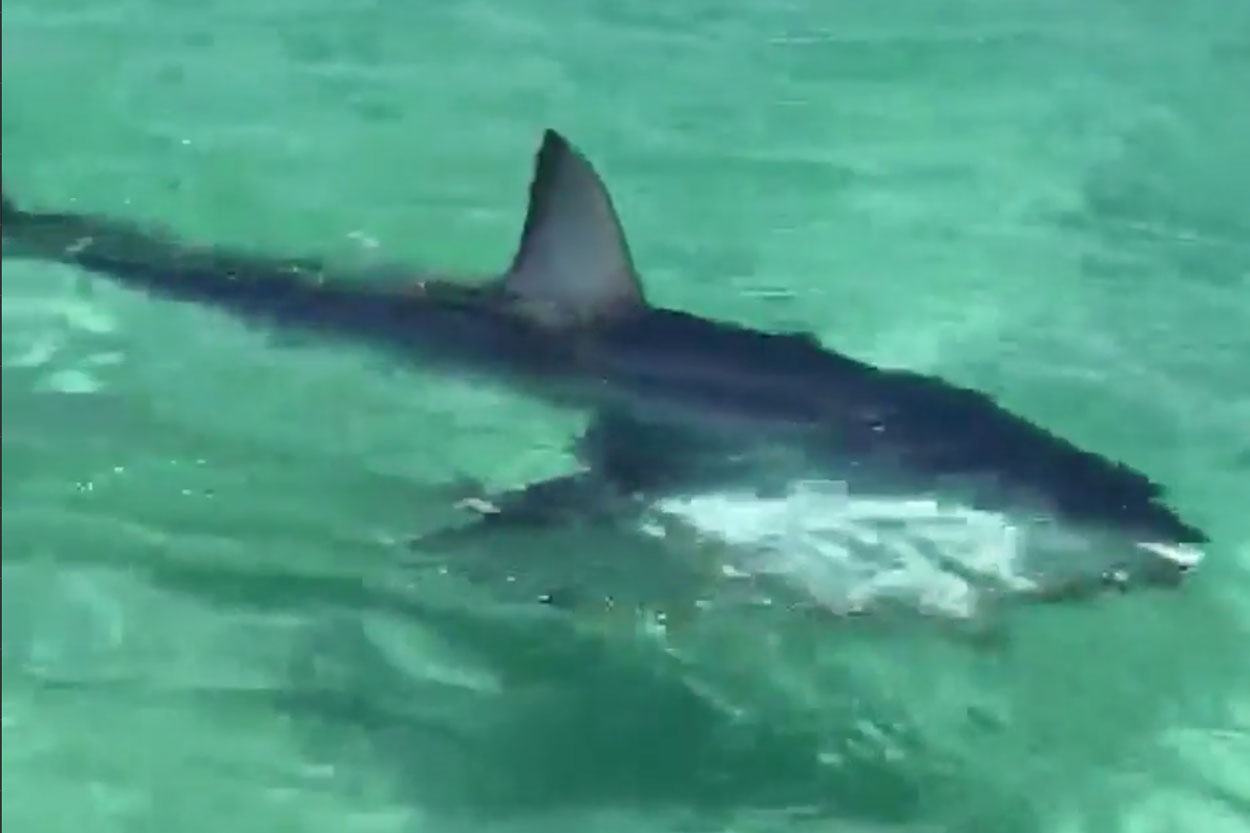 Every time we post or share a video of a shark in the Gulf, the same comments tend to come out:

“A shark in the Gulf? Who would have guessed?”

It’s true, sharks do live in the water but it’s also cool to see some really good footage right in our local area.

On Tuesday while paddleboarding, Scott Burke and Dylan Sims spotted this mako shark near ‘Capt. Daves on the Gulf’ Restaurant.

“After catching a few Spanish Mackerel off the paddle board I went in to tie on a pompano jig and Dylan Sims spotted something moving extremely fast on the outside! At first we assumed it was a dolphin feeding, but weren’t really sure once we saw there were two big fish going at it. It wasn’t long till we saw a big shark breach out of the water, jawing onto a big Tarpon!! Dylan and I jumped on a paddle board to check it out…. First time I’ve been up close to a Mako and it was every bit of 8-9 feet.”