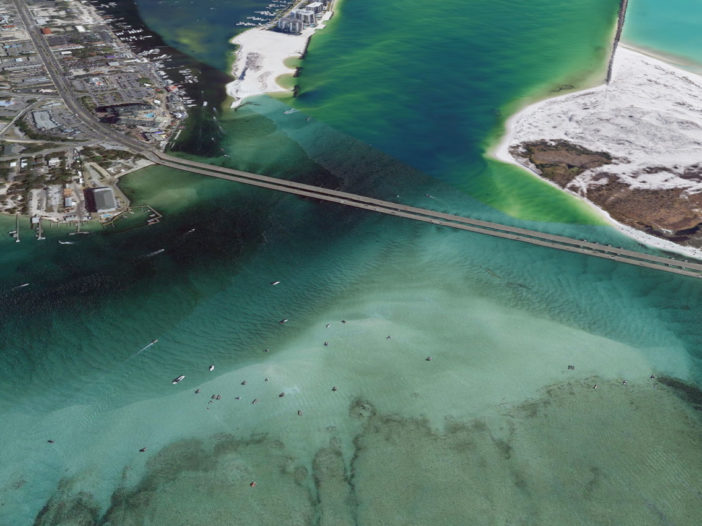 A Fort Walton Beach man died Saturday after reportedly diving into waters on the northwest side of Crab Island near Destin, FL.

Witnesses say 40-year old Craig Hanrahan dove off the center console boat around 3:15 p.m. and was began floating face down. He had to be pulled from the water, which is typically two to three feet deep in that general area.

According to the Okaloosa County Sheriff’s Department, Hanrahan was loaded onto a pontoon boat and rushed to the Coast Guard Station, but was later pronounced dead at Fort Walton Beach Medical Center.

Back in June, a Georgia man was pulled from the water unconscious after diving off a pontoon boat and hitting his head on the bottom of Crab Island. According to the Okaloosa County Sheriff’s Office, two men on the boat with the 40-year old pulled him quickly from the water and began CPR. The man told them he could not feel his arms just before he lost consciousness.

Safety tips to keep in mind: