This all happened off the coast of Destin-Fort Walton Beach, and now we can see what this ship looks like thanks to this new 3D model of the wreck.

The 3D model was created by Reef Smart Guides. The Okaloosa Coastal Resource Team has been working with the company for the last three years. They first started working with them on a Northwest Florida Dive Guide, which prominently features Okaloosa County.

“We went out and mapped a number of wrecks by just measuring things and Reef Smart Guides used these measurements along with photos to generate models of the wrecks,” said Alex Fogg, Coastal Resource Manager for Okaloosa County. “Reef Smart Guides would go into a program and essentially model the wreck by hand. They did this for 40+ wrecks in Okaloosa county and another 50 or so across the panhandle.”

Now, Alex and his team have partnered with Reef Smart Guides again to map the “COURAGEOUS” that now sits in two-pieces at the bottom of the Gulf.

“There’s a new way of processing imagery to create these really cool models.  The process is called photogrammetry,” explained Fogg. “What that does is it essentially takes a whole bunch of photos, (the more, the better) and pieces them together to create these three-dimensional models that you can interact with. You can put it on your website, you can spin the model (wreck) around, zoom in, zoom out, and look at the different holes.”

Not only does Destin-Fort Walton Beach benefit from this 3D model, but the military too. They now have an “underwater view” of what the vessel now looks like at the bottom after being sunk. They can now evaluate the damage and use this model as part of their analysis.

“This vessel sinking wasn’t part of the Okaloosa County Artificial Reef program, but is the by-product of a successful munitions development project by Eglin Air Force Base,” said Fogg. “This is a new site for people to go fishing and diving, and the underwater model is something that can help the Air Force in their mission with post-test analysis.”

What it took to get the 3D model

Getting the model to where it is today is a two-part process that involves photogrammetry, which requires taking extensive photos, videos, and visual data images. The second half involves creating the actual model.

“We feed this data into the software that basically reconstructs the model based on reference points in the pictures,” said Peter McDougall, Reef Smart Guides.

According to McDougall, the software has been used extensively above-ground, such as in archaeological applications. The more data (photos, video, etc) you can provide the software, the better the 3D model will be.

The moment you go under water, a whole new host of challenges arise, along with limitations.

“Light acts differently when you are 130 feet deep,” said McDougall. “We’re figuring out how to make adjustments to the photos before feeding it into the model, making enhancements, and using tools like masking to try and help the system out in terms of focusing on the features that are important.”

The other challenge is collecting the data in an efficient way because it involves being underwater. McDougall says they don’t want to collect data for a single wreck over 8 dives in 3 weeks. He says they are figuring out how to do it all in just a couple dives, with a team of one or two people…all in one day.

The model of the “COURAGEOUS” was put together using 10,000 images. However, Fogg and his team did not have to take 10,000 individual photos. They took a series of videos of the wreck and then submitted it to McDougall. From there, McDougall was able to extract the frames he needed to input into the software.

The benefit of working from a video file is that you can see what the model should look like because you’re watching the same video that the software is using. McDougall was able to identify areas that didn’t have great data points and relay that to Fogg.

Fogg was able to go out on his subsequent dives and get better data of areas needed to make the 3D model even better.

“The third time we went out was with a very bright video light where we essentially lit up those dark places such as holes and cracks, things that maybe the computer couldn’t see before because it was too dark,” explained Fogg.

McDougall says he’s excited to provide a tool for better preparation prior to diver activities.

“Divers can see entanglement risks ahead of time and plan their dives,” added McDougall. “They can know all of that going into the site and fundamentally better plan their dive. The goal here isn’t to recreate a dive so that you don’t need to dive to experience it. The goal is just to give you the tools that you need to plan for your dive for a better experience.”

McDougall is optimistic about the future of modeling reef sites. He says they will continue to find efficient ways to map dive sites. After all, they have a realistic model of the cargo ship just 3 weeks after it was sunk.

“I think it’s going to be an amazing opportunity for us to create these maps for all of the reef sites that we have off of Destin-Fort Walton Beach,” said Fogg.

As for the “COURAGEOUS,” this is a site that has a lot of relief and will be great habitat for various species of fish. It will also be great for divers and fishermen.

“The top of the vessel is in about 75 feet of water, which is ideal for some of those novice divers,” said Fogg. “For those divers who maybe have no desire to go down to the bottom in 130 feet, there’s still plenty of things to see shallower than 100 ft. You’ll be able to see the wheelhouse, mast, deck and there will be plenty of fish that are up in the water column.”

For those that are a little more advanced and want to see how complex this reef site is, Fogg says they will be able to go to the bottom and see how broken apart the vessel is, and look at all the nooks and crannies to see where fish are hiding.

“This also provides a really complex reef site for the commercially and recreationally-important species of fish that we have here,” added Fogg. “During our mapping, there were already plenty of amberjack, red snapper, triggerfish and other species already hanging out around this reef.”

As for the location, the “COURAGEOUS” is about 16 miles south of Destin’s East Pass in 130 feet of water.

Want to make it easy and download all of the GPS numbers in numerous formats and interactive map? Click here. 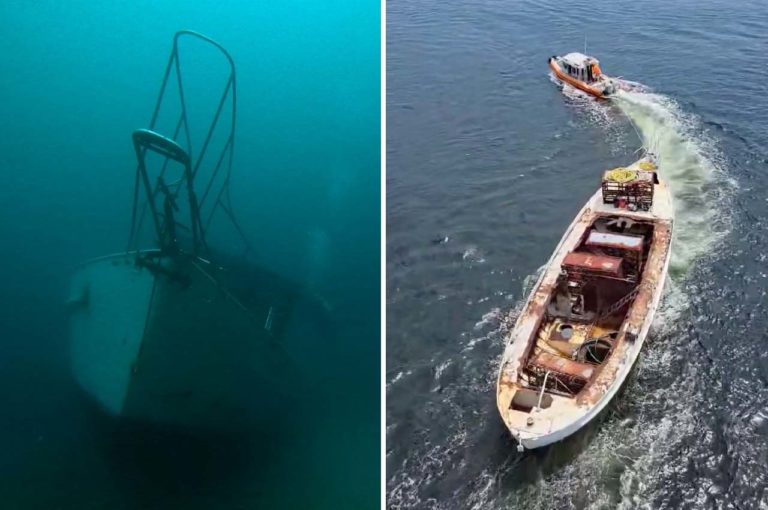 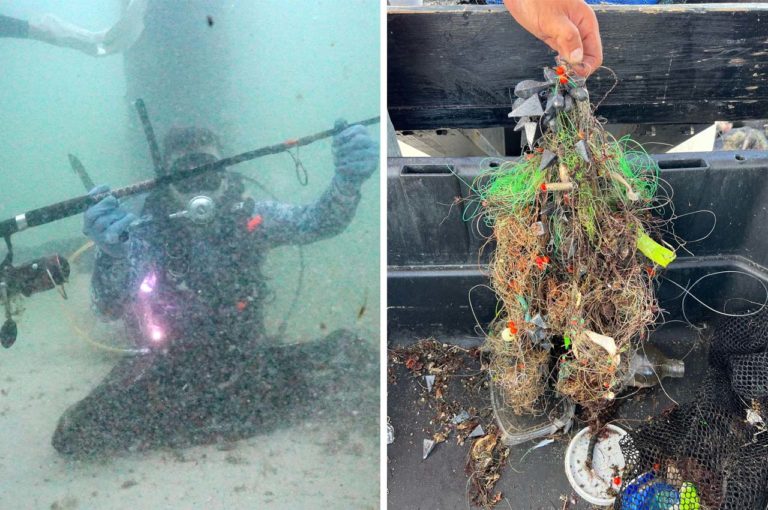 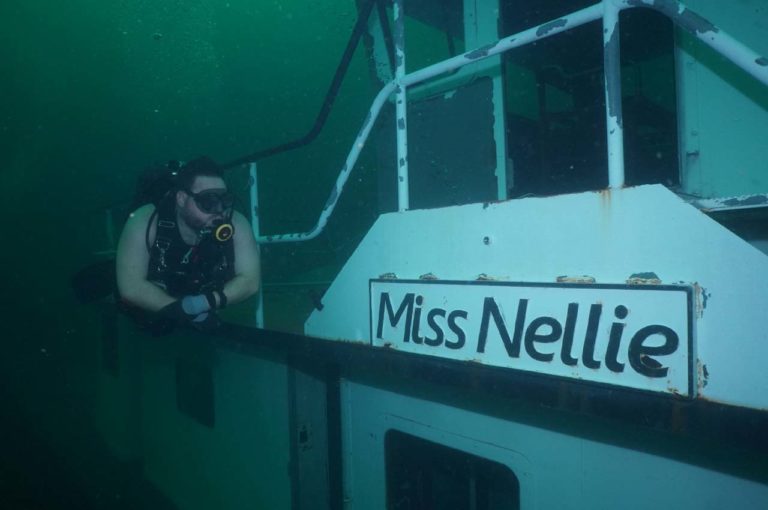 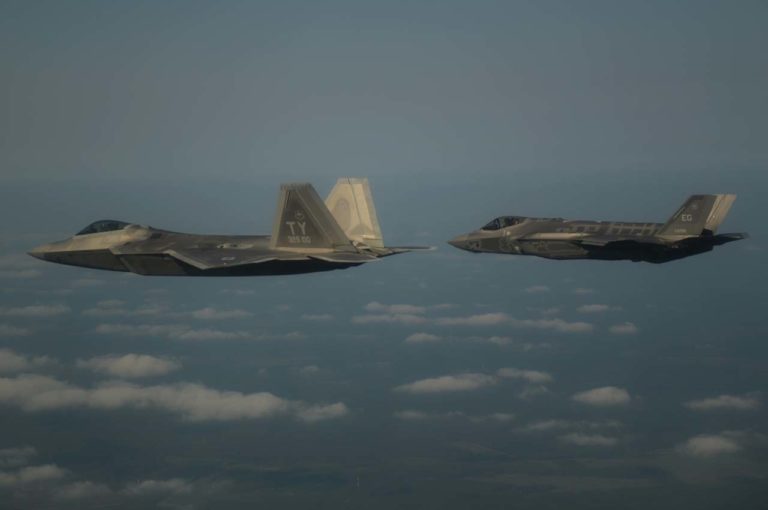 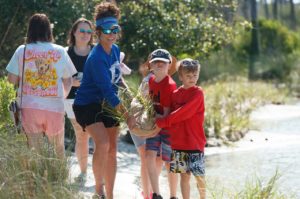 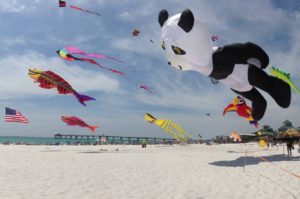