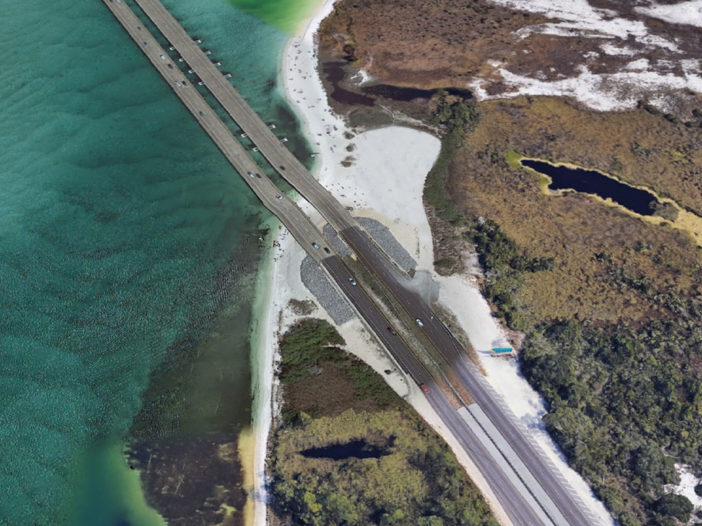 At Tuesday’s Okaloosa Board of County Commissioners Budget Review Workshop, Commissioner Mel Ponder gave an update on the status of Redneck Beach being closed.

According to Ponder, he and Destin Mayor Gary Jarvis met with 96th Test Wing Commander Brig. Gen. Scott Cain to discuss the possibility of allowing usage of the East Pass Beach Access area.

The popular East Pass Beach Area was closed by 96th Test Wing Commander Brig. Gen. Scott Cain back in May 2020 due to illegal commercial activity happening on the federal property, along with trash being dumped and parking issues.

“General Cain had the same resolve as before in that he wants to leave it shut,” said Ponder. “The one thing that came up was that boats would be able to get to the wet sand portion.”

According to Mayor Jarvis, Park Security is making sure that guests are abiding by these rules and will enforce the wet sand rule if violated.

“If they see somebody that has pulled their boat up there, put a tent up and they’re picnicking on the dry sand, they asked them to remove it,” he continued. “The guests can stay, but they have to stay around their boats.”

“I wanted to make sure they knew that whether it’s trash or any of the other concerns that they may have had, that we were actually willing to partner with them at any time,” continued Ponder on Tuesday. “But at this point in time, General Cain wants to leave it closed.”