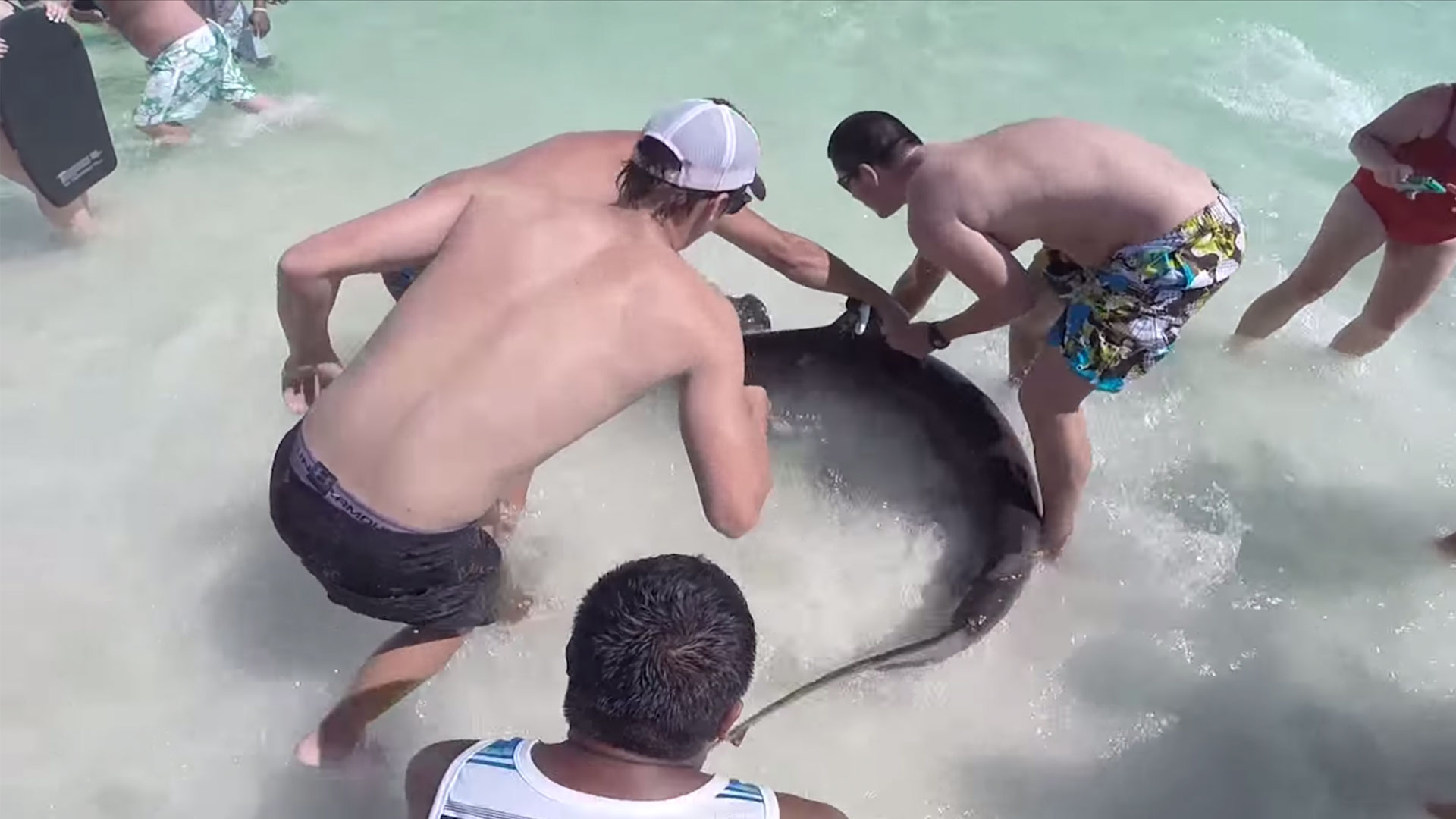 Two brothers, Marcus and Logan Lakos, helped save an injured 10ft. hammerhead shark on the Destin shoreline on Tuesday July 21, 2015.

Video of the act was uploaded to YouTube by one of the brothers who filmed the entire thing.

According the video’s description, the brother writes:

“My brother, once realizing it was injured, swam out to bring it to shore away from people still in the water.”

“The shark was pulled to shore and we realized it had several deep sea fishing hooks in its mouth as well as steel fishing line tangled in and around its head.”

The brother, along with help from other bystanders on the beach, was able to get the hooks removed and get the shark back into deeper water.

Good job Marcus and Logan! You make us proud!

Watch the entire video below.