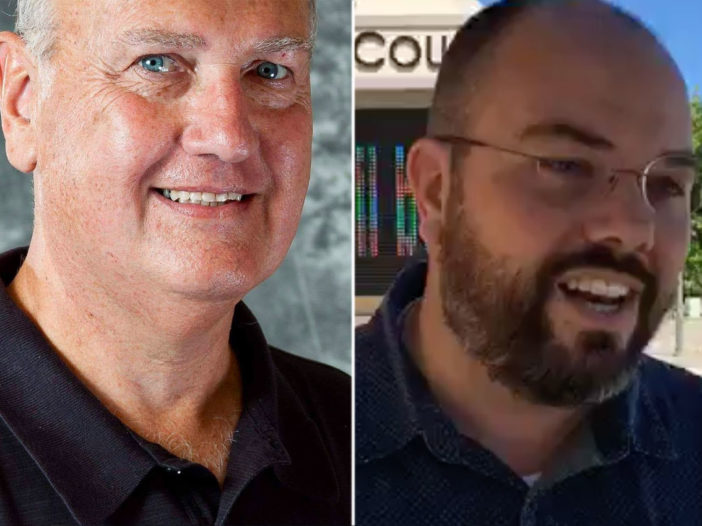 Just one day after Commissioner Graham Fountain announced that he would not be seeking re-election this August for the District 1 seat in Okaloosa County, two new names have joined the race.

“Thank you to the many friends and supporters who have asked me if I am going to run, now that Commissioner Fountain has announced he will not run for re-election. First, I want to thank Commissioner Fountain for his service to the County. Due to this unexpected announcement, I am consulting with my family and close friends, but I am certainly leaning towards running for office.”

By the afternoon, Harris confirmed that he was joining the race.

“Just so everyone knows I made it official and have filed for the District 1, Okaloosa County Commision race”, Harris wrote. “Keep me in your thoughts and especially your prayers and I ask for your support in this race.”

Mixon is a longtime resident of Okaloosa County and grew up in Shalimar. He is the pastor at Central Baptist Church in Crestview.

He began his law enforcement career in 1993 as a police cadet at the City of Fort Walton Beach, and went on to serve over ten years as a deputy sheriff working north and south ends of the county.

Mixon’s top priorities as the next Commissioner for District 1 are: In a press release Mixon state’s that his priorities included supporting and nurturing an economic recovery from the Corona pandemic, providing for effective law enforcement and public safety in the county, continuing Commissioner Fountain’s work in seeking funding for crucial highway infrastructure projects, and ensuring total transparency and ethical standards in county government.

“I’m looking forward to serving the people of Okaloosa County by using my background and experiences dealing with people and making decisions based on my faith and our US Constitution. We face unprecedented times of change and the unknown, and I feel my leadership abilities, love of our community, and passion to serve in tough times, will allow me to be a vital part of the Board of County Commissioners” said Mixon.

Previously, the only other person running for the District 1 seat was James Walker. He is still in the race.