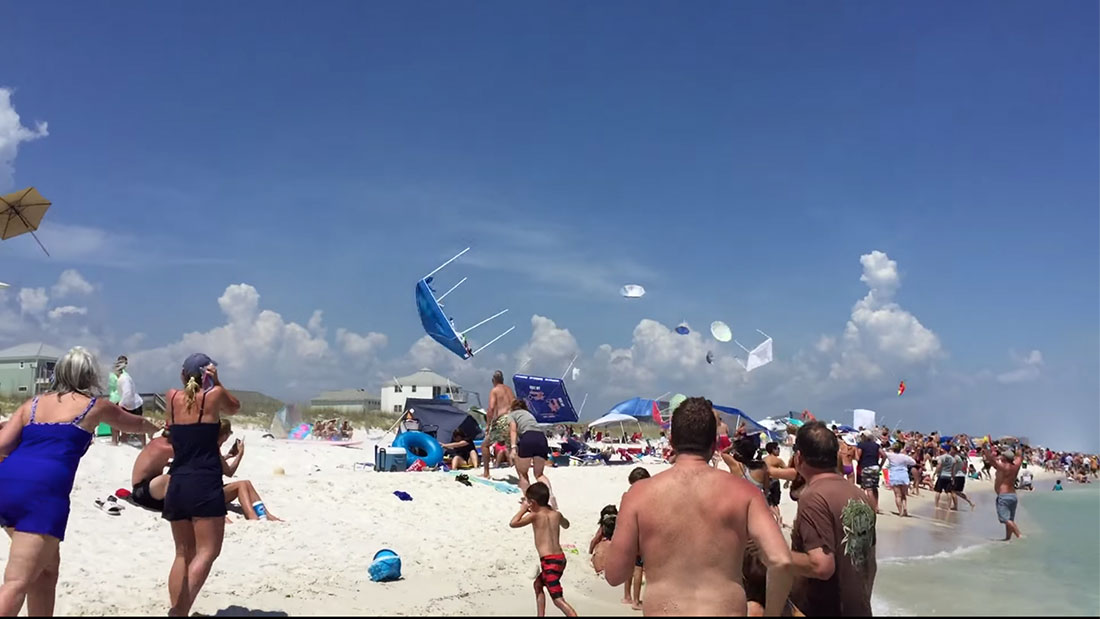 During the show, one of the Blue Angels does a low fly-by along the beach that sends tents and umbrellas into the air!

The roads were packed super early on Saturday morning. We were headed into Pensacola while the entire bridge was at a standstill trying to get to the beach.

Just another reason why we love our Blue Angels!