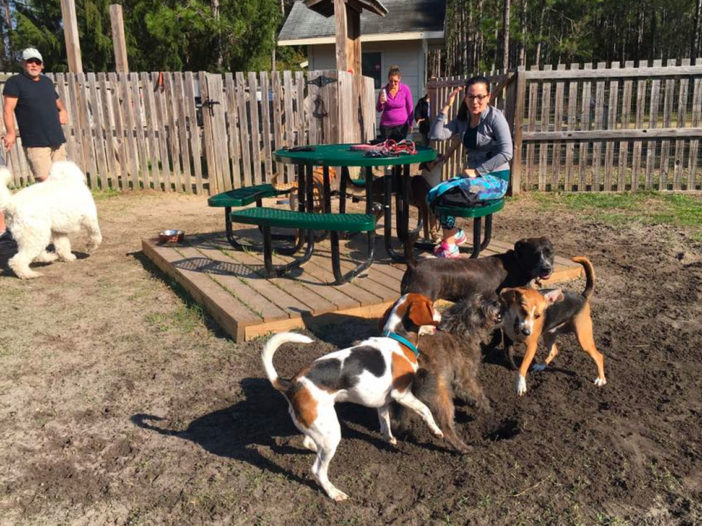 The Alaqua Unleashed Dog Park will soon be closed as the animal refuge has terminated their agreement with Walton County.

“Ten years ago, Alaqua agreed to take over management of Walton County’s only dog park, “The Bark Park”, to prevent it from closing”, said Hood. “The park consisted of two fenced areas for large and small dogs to exercise off leash. We renamed the park “Alaqua Unleashed” and since that time have assumed management and all financial costs of the park, which has been free for the public to use with only a suggested donation for visitors. We provided upgrades over the years, such as adding an agility/training area, port-o-let bathrooms, and fenced a third area for use due to the other areas being conducive to severe flooding.”

According to Hood, years of wear and tear have taken its toll on the park and it is in need of a major facelift. Additionally, due to the remote location and vast size, complaints of visitors and unruly dogs caused concern for the safety of human and canine visitors.

Hood states that Alaqua came up with an improvement plan for the facility, which included a paid staff person onsite to monitor the facility and membership plan. The proposal also included:

“The cost of this plan was going to be significant”, said Hood. “So we approached Walton County and the TDC to propose a partnership to share in the expenses. The land is county owned and our comprehensive plan showed that statics greatly supported visitors traveling with their dogs and the trends of the importance of dog parks to these visitors.”

Hood wrote in her post that no funding from the County is available for the plan and given that Alaqua is in the midst of a capital campaign to build their own facility on 100 acres in Freeport, it is not an option for Alaqua to assume the entire cost on land that does not belong to them.

“The current state of the park is not in line with Alaqua’s branding and hard work to be a model facility in our community.”

In October 2019, Alaqua notified Walton County that they wished to terminate their agreement and exercised their six month notice.