The goal of the half-cent sales tax is to fund the acquisition of land, construct and improve school facilities, acquire equipment including technology, and to service bond debt.

The big question now is: What happens next?

At a workshop on Thursday, all of the Okaloosa County School Board members thanked the community for their vote to pass the half-cent sales tax, including Superintendent Marcus Chambers.

Mr. Chambers then opened the discussion up about what the next steps were going to be with Assistant Superintendent Steve Horton.

“I know everyone’s anxious to begin,” said Horton. “The board had the foresight to approve specific project lists for every school. So what doesn’t have to happen is the creation of a plan of ‘what are we going to do with all this money?’”

According to Horton, it’s really about time-lining lists out to make sure the District is making the best use of their new resources.

The District will be developing a separate website that will house all of the information related to the half-cent sales tax referendum. Horton explained that the website will document everything that’s involved with the referendum, including the Citizens Oversight Committee and any questions they receive about the sales tax.

“My goal with this thing is to be completely transparent and accountable for everything we do,” said Horton. “And I think those approved project lists are the first big step. So we know exactly what we said we would do and people can check off the list as we go down to make sure that it’s been done.”

As soon as the OCSD got confirmation that the referendum passed, from a finance perspective, they contacted their financial advisor, according to Rita Scallon, Chief Financial Offer for OCSD.

According to Scallion, the financial advisor will help the District through the process of getting projects started.

“We can accelerate [some projects] through a Certificate of Participation and then [some] projects that will be paid as you go,” said Scallion. “It could be 90 to 120 days before we would be able to get actual funds to start some of those construction projects.”

Not only are construction projects part of the sales tax, but also the purchasing of new busses.

Currently, Okaloosa County has the oldest bus fleet in Florida.

According to Mr. Chambers, the OCSD has planned a bus replacement program where the district will buy “X” number of buses each year.

“One of the keywords to this is cashflow,” said Steve Horton. “Because there may not be money in the capital budget at this moment in time to make purchases.”

Horton says their hope is to make bus purchases if the funds become available because there is about a six month lead time. If the OCSD did get them purchased by this Spring, they would be added to the bus fleet for this next school year.

“As we begin to cycle through and get newer buses, two things happen: Our maintenance costs on our fleet will go down and these new busses will be under warranty for repair work,” continued Horton.

A preliminary notice was provided to the Florida Department of Revenue on Tuesday that the referendum passed.

According to OCSD Attorney Jeff McInnis, they will provide an official notice to the Florida Department of Revenue within the next few days.

“They have to have a copy of the election results and the certified copy of the OCSD’s resolution,” said McInnis. “We’re getting that packaged up now so that it will go to them, which will allow them to prepare for the collection of this tax.”

“That’s where we are today,” said Chambers to the board. “I do want to say that at each school board meeting going forward, we will always have a half-cent update for you.” 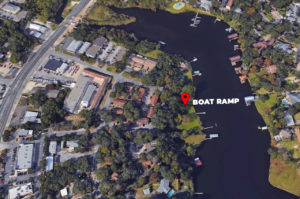 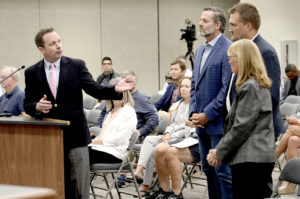