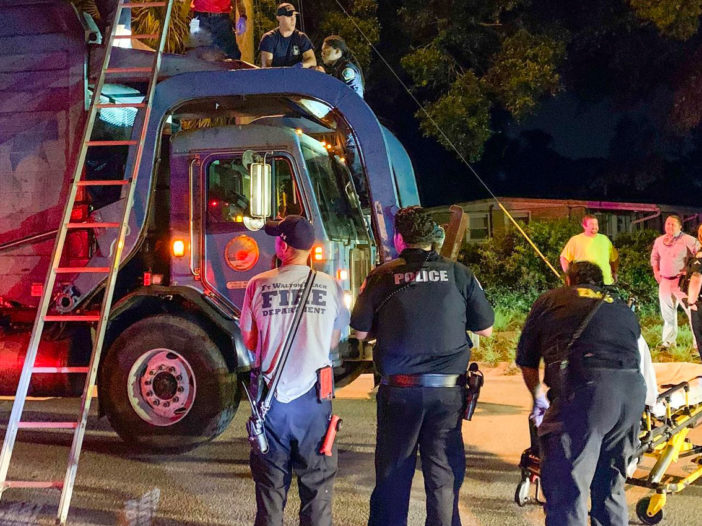 At approximately 4:45am this morning, Fort Walton Beach Fire Truck 6 received a traumatic injury call. Upon arrival, crews discovered the patient was an individual that had been dumped from a dumpster into a city dump truck making its routine trash stops.

According to a statement given to the Fort Walton Beach Police Department, the homeless woman was hiding in the dumpster at the Repeat Thrift Store on Walter Martin Road to get away from her boyfriend. According to the woman, she then fell asleep.

The driver of the dump truck said he heard a woman yelling for help when he pulled over near the corner of Nicholson Street and Mallard Avenue and called 911. The driver then climbed on top of his truck and was able to help the victim from the hopper onto the top of the truck.

She was ultimately transported to the ER for minor injuries to her foot and shoulder.

“We want everyone to know that if you are running away or have a domestic incident, please call the Police Department,” said FWB Police Chief Robert Bage. “Even if you are homeless, we have different avenues to help you so something unintended like this doesn’t happen.”